Nordest Bardino M2 review by the Steel Is Real MTB

The guys of Steel Is Real MTB have done this exhaustive review of the Bardino M2, we transcribe it here: 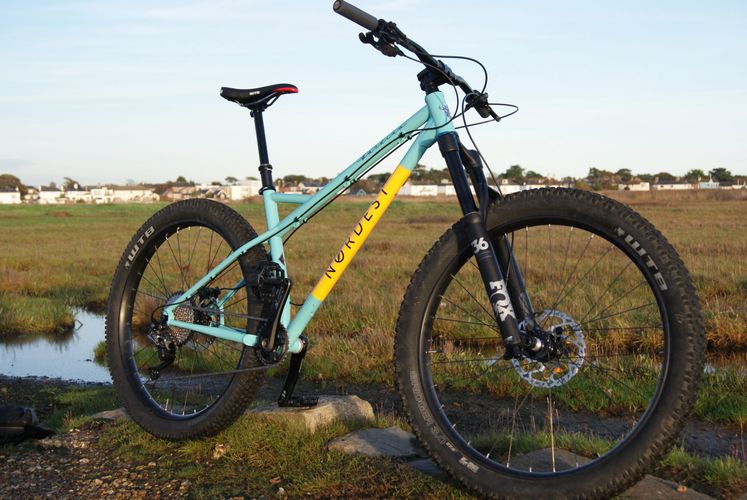 Before the Steel Is Real MTB I personally had not heard of Nordest and that is no surprise considering that the company has only been in existence for just over a year. It seems however that despite Nordest being a young company the two founders/owners (Jesus & Pedro) have clearly spent the short amount of time they have been around wisely. Pedro already a successful framebuilder of steel and titanium bikes.

We received the bike in time for the demo day and those of you who were lucky enough to come along may well have seen the bike in the flesh in all its splendor. I was lucky enough to take the bike home and after three weeks of plus sized fun the Bardino is available again for demo.

The bike certainly seems to have kicked up quite a storm around the time of its release and I would say that’s for good reason. I have not been keeping count but I think it’s fair to say that I have seen quite a few happy new owners of a Nordest Bardino too which is fantastic to see.

Initial impressions of the bike are that it looks quite simply incredible. We tested the M2 version of the bike which despite being the lesser option of the two complete build packages, it still comes equipped with an impressive component spec. The colourway I personally find quite pleasing on the eye and looking over the frame in more detail it becomes clear that this is a quality bit of kit that is built to last. 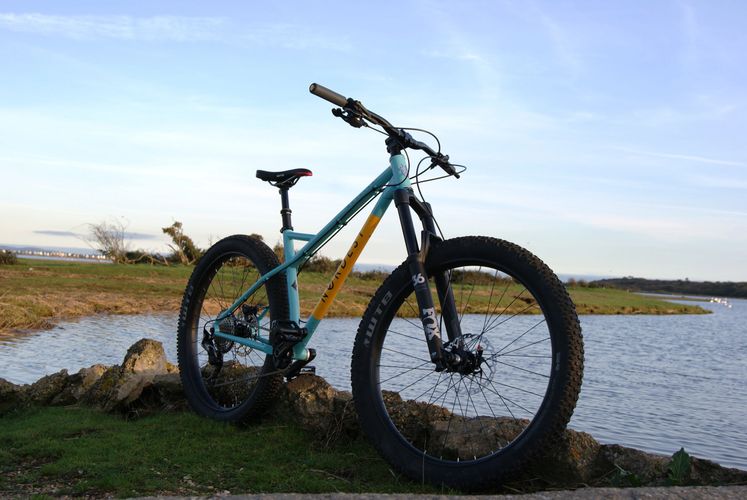 The steel Bardino is available as frame only option and is also available in two different full build versions, M1 and M2. Nordest also have a titanium version of the Bardino offered again with the same frame and full build choices.

The bike that we were given was fitted with 27.5+ tyres. The Bardino therefore also has the option to run 29“ wheels with a more standard size tyre. To be able to swap wheel and tyre sizes has been a function incorporated into many frame designs since the birth of the plus tyre and only seems to be growing in popularity. Although personally I sit on the fence with plus tyres I completely agree that they have a place and I think the option to switch between the two wheel sizes on one bike works well at each ends of the spectrum. 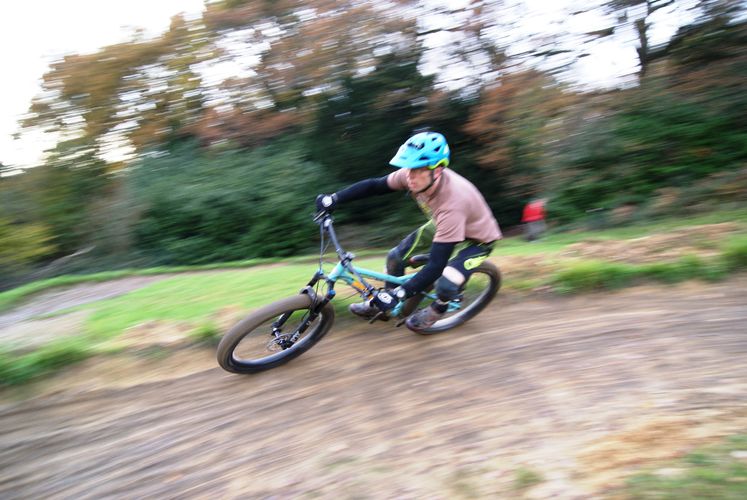 I think from the riders point of view it widens the range of the bikes uses and really inspires confidence. The advantage for manufacturers is it can help make the bike appeal to a wider customer base.   Our test bike came with unbranded 27.5+ rims on Chris King hubs and tyres from WTB. Nordest were keen for us to test the enduro hardtail in this guise.

Looking at the geometry of this bike the numbers do not seem dissimilar to many of the latest generation of 160 mm full suspension trail/AM bikes so it seems clear from the outset that the intentions of this fantastic machine aim firmly at a gravity fed riding style. The bike we had was branded a M/L size and at 6ft with a 32“ inside leg I found the bike fitted me perfectly, I instantly felt comfortable when I first rode the bike and I believe that inspired confidence from the start. 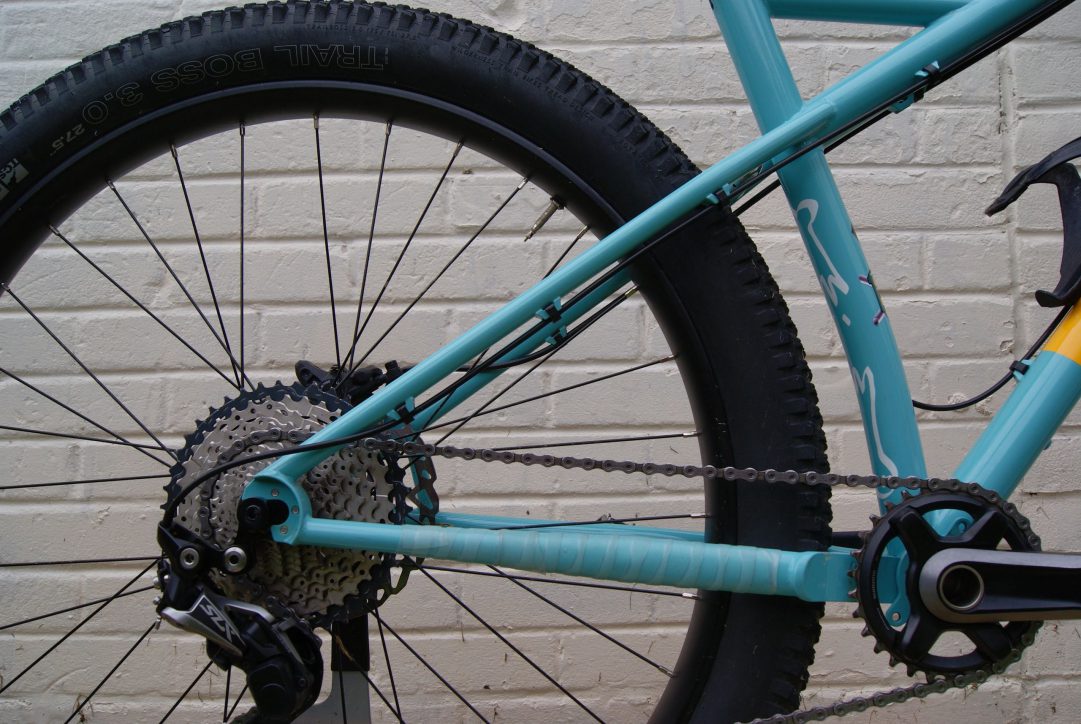 Nordest mention the short 425 mm chainstays as a main feature of the bikes geometery and after riding the bike I would say that the feel of the rear end is very playful with a willingness to skip around corners on demand and help pop the front end up in a split second. We all like a wheelie and this bike wheelies well not only due to the short chainstays but also the cushion like plus size wheels and tyres.

As soon as the action starts heading down hill though the combination of 750mm thomson alloy bars, a 40mm thomson 4X stem and a set of Fox Performance Series 36 110 mm Boost Axle 1.5 forks set at a head angle of 65‘ all come together to provide an involving and confidence inspiring, controlled ride. Although the bike has a short rear end the overall wheel base aids stability and at 1205mm it sits in the middle of bikes like the Last Fast Forward and the Production Privee Shan Gt. 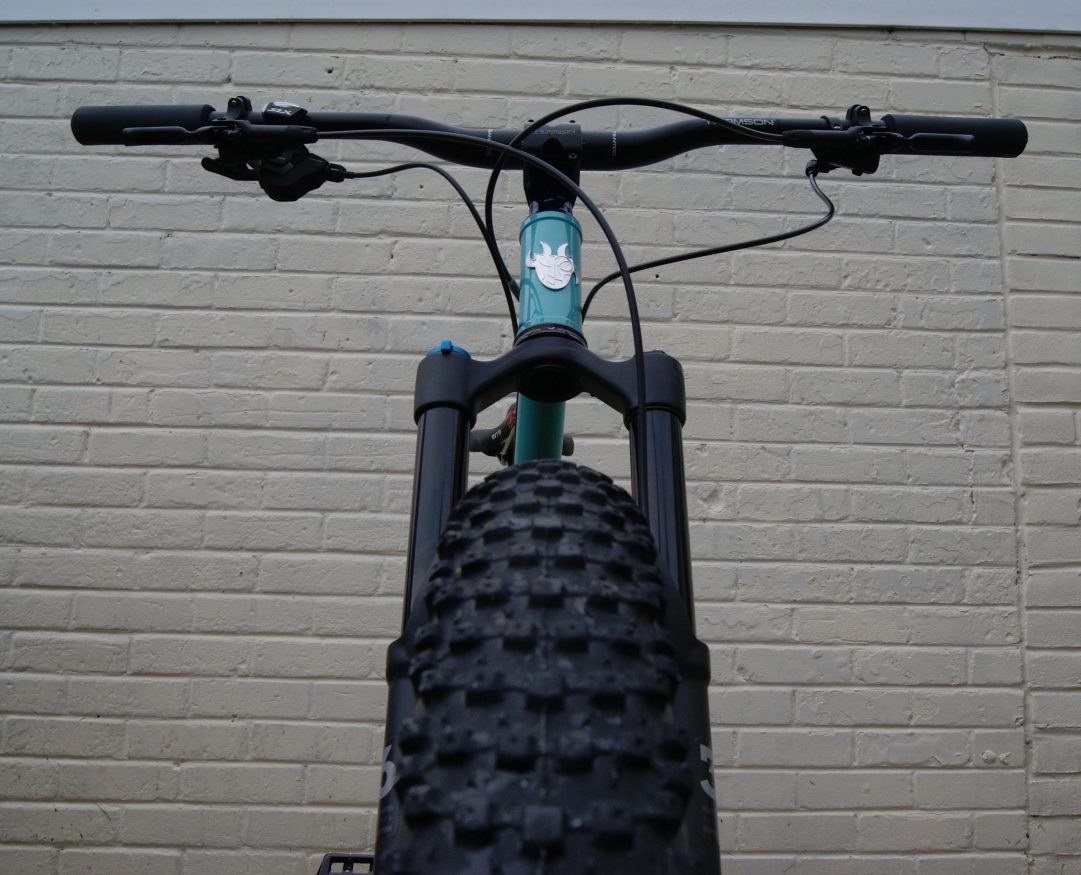 With both ends of the bike having boost hub spacing the whole bike certainly has a very planted feel in all situations given the slightly wider stance. The extra width given by boost hubs may not seem a lot when you look at the numbers but you cant help noticing the increase when sat on the bike and I think it adds to the planted, controlled and confidence inspiring feel of the bike I have mentioned previously.

If you’re reading this you’ll already know the lovely spring to a good steel frame, with the plus tyres its make the Bardino a very comfy place to be. Don’t let that 160mm of travel rule this out as an all day epic bike. 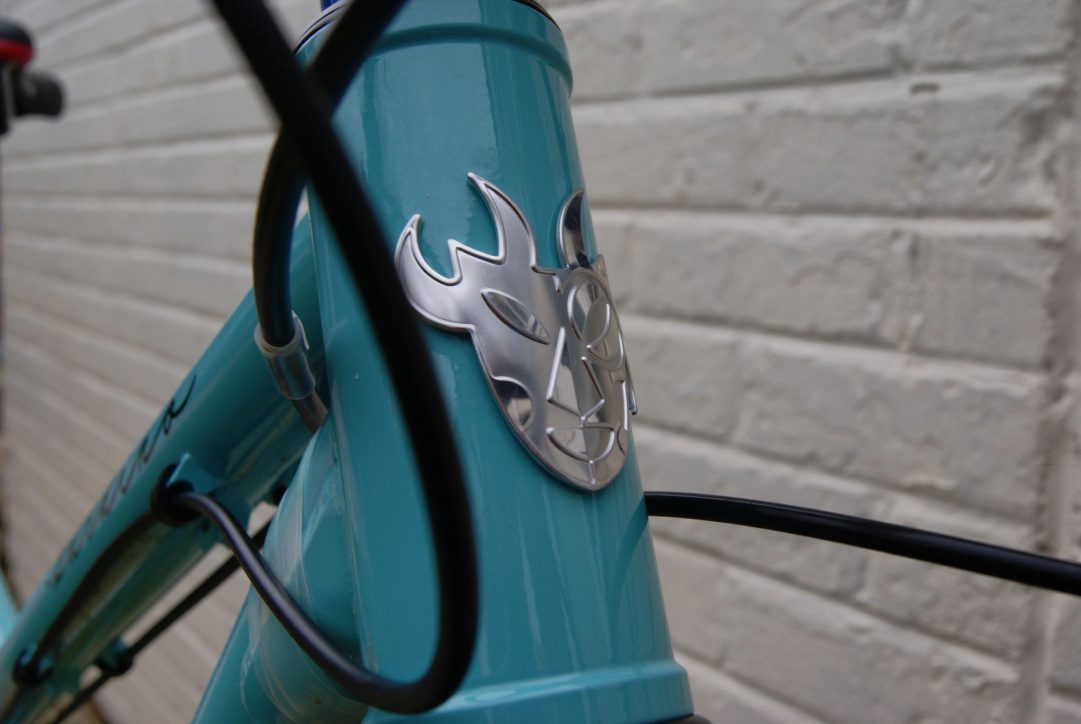 This frame is constructed from CrMo 4130 double butted steel and looking at its generally sturdy construction I would feel confident if I owned this bike that it would certainly stand the test of time. The frame features a 31.6 seat tube with internal dropper routing and bottle cage mounts in the traditional place which are both features I am pleased to see.

After really getting into riding the bike one thing that struck me time after time was the fun factor. I don’t think this bike would ever win an xc race but I really think it would do well in pretty much all the other genres of mountain bike riding especially taking into consideration the ability to swap and change the wheel sizes. Another really striking feature of this bike is the cost. Both the frame only and full build options provide very good value for money in comparison to other comparable bikes on the market.

If I had to pick any negative features of the bike I can think of only two and they are minor.

Firstly I would say that having only one choice of colourway may put some people off and also the hole for the dropper remote line is too large and may be a target for foreign objects. The frame does have a drain hole* in the bottom of the bb however I would prefer the frame to be as sealed as possible and this minor issue could easily be solved with a grommet of some kind.

Overall I would have to recommend the Nordest Bardino. At first looking at the pictures and reading the geometry numbers it is easy to assume that this is quite a crazy bike. Seeing it in the flesh and riding it in British autumn conditions has proved to me that it is a really sorted and capable package with an almost unrivaled level of versatility due to a wide range of tyre and rim size combinations.

Big thanks to the guys at Nordest for sending us the test bike (all the way from Tenerife!) and watch this space for some new models coming very soon.

*Nordest: Rinse those who have a steel Bardino that soon we will send you the special cover for the the internal routing hole of the dropper seat post.