And how is that possible? Simple: ultra short chainstays with 29er wheels and 74,5º saddle tube angle for fast climbing, and extra long top tube, 40mm stem and 66º head tube angle for 140mm fork with 20% SAG to go down like a demon. This explosive cocktail makes the Britango 2 Ti pure madness! Try it first and we’ll talk after!

The frame is manufactured in TITANIUM Ti3Al2.5V double butted tubing, with an advanced study of geometry designed by Nordest, has been tested by riders with excellent results in all conditions. 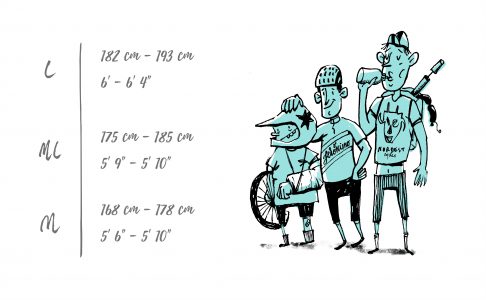